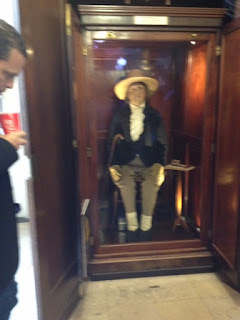 Posted by Barbara Daniels at 07:20 No comments: 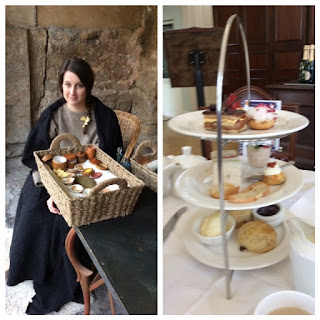 Posted by Barbara Daniels at 00:20 No comments:

The Search for Doc Barbara 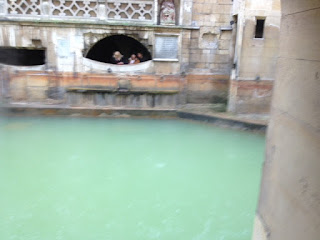 Here we see the detective branch of the local W.U.G. (Women's Undomesticated Group) examining the waters in Bath for any clue to Doc Barbara's whereabouts since her mysterious disappearance several days ago. When they met with no success, they alerted other bodies [unfortunate choice of words perhaps: Ed.] to search, including their sons, who are tough and persistent characters - they have had to be since their mothers are so entirely devoid of culinary or any other household accomplishments. One thought the bicycle pictured bottom right might be hers but it did look rather small even for her modest requirements. 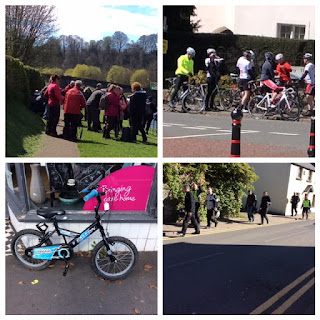 More worrying was this possible sighting photographed below, although the leader of the W.U.G is certain that Doc Barbara does not ride in this cavalier posture but always leans forwards alertly over her handlebars. 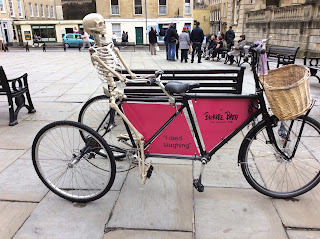 We appeal to all our readers, even our rivals at The Brynbuga Beagle, to watch closely and report any information which might lead to her.

Footnote from the Editor of The Brynbuga Beagle: Indeed we will assist in any way we can and are quite (two possible meanings there) wretched at the thought she might have come to harm. In fact we have reconsidered our scepticism and are sorry we ever doubted the fabulousness of some of her exploits. We admire her devotion to wildlife as seen in her globally acknowledged worm-training programme and her artistic efforts must be applauded in their ambition. We want her back amongst us if only to calm referendum fever as she did for the last general election.

Posted by Barbara Daniels at 23:12 No comments: 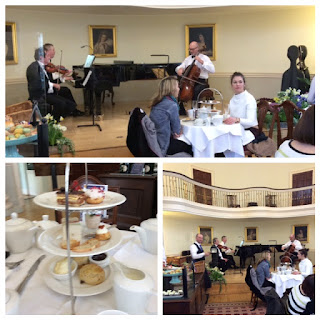 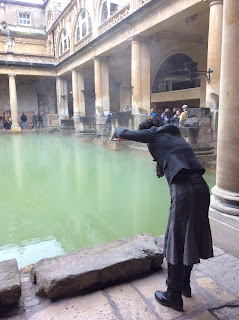 This is the last our cub reporter saw of her and we are now sending him on a training course entitled; "When is it acceptable for a peacetime photographer to intervene."
Editor's note: It was only when we came to filling out the application form that he revealed his first name. Until now we have always called him by his surname, Mr Twaddle, unaccountably pronounced with a short "a" as in "cat", but now we can more happily refer to him as Bob.
Posted by Barbara Daniels at 02:50 No comments:

Doc Barbara moves up the Chain of Being

Readers will have noted Doc Barbara's interest in invertebrates (in her worm-training programme which was hugely successful) and amphibians (in her encouragement to male frogs to perform their natural functions this spring which inexplicably failed to achieve its aims, despite help from the W.U.G) and may have wondered why she does not engage with other species.

She is well aware that the higher animals come close to humanity in the great Chain of Being and has always been deterred from any dealing with monkeys or apes since the phrase "group of primates" always brings to her mind unwanted images of bishops in conclave (somewhat unfortunately the reverse is also the case).  However, on her recent travels, she encountered scenes of distress which she felt necessitated her help. When she saw two sheep in a muddy field, cold and wet with their wool bedraggled, she bought them substantial raincoats, intended for larger dogs and was relieved to see them much happier as a result. 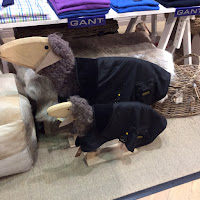 She then observed two bears struggling to carry a heavy bench - back-breaking work - and ran to ask six sturdy male passers-by for their assistance. After several minutes of bewildered consultation, they obliged and all is now well.

Yet, did our heroine rest? She may have relaxed physically after her exertions but her mind remained active attempting to answer the existentialist questions; "Why do sheep always behave like sheep?" and: "If there are two bears in a garden does that make it a bear garden?" Truly, Doc Barbara spares herself nothing to promote public benefit.

Posted by Barbara Daniels at 05:31 No comments: 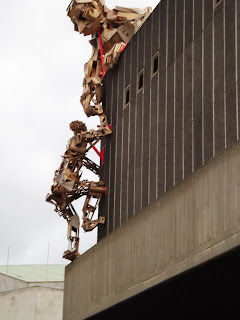 Here is Doc Barbara's mock-up of a possible scene but both participants have withdrawn because of vertigo.
Posted by Barbara Daniels at 23:28 No comments: