Doc Barbara and the proliferating slug 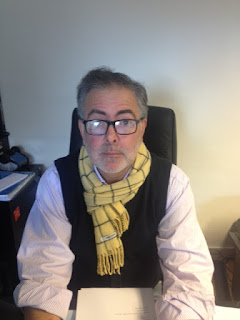 Our visiting learned Professor, Ramsbottom-Thrutch, showed great astonishment when we told him about Doc Barbara's latest proposed exploit and was puzzled as to how he, a sociologist, could shed light on it. She has read in the papers that the mild, wet winter has caused slugs to stay awake and breed profusely.

Doc Barbara is a believer in Nature and its harmonious ways but felt that perhaps this was a moment needing human intervention and is determined to quell their libido and return it to its usual sluggish state. The Professor finally concluded that this is an ethnoecological reaction to a sense of threat and asked us to send out Bob Twaddle, our cub reporter, to take pictures of our heroine with the aforesaid gastropod mollusc.

Bob was traumatised by so many polysyllables (he has never recovered from finding out that he was originally named monosyllabic Bob not Robert and has suffered from a feeling of deprivation ever since). He in turn asked if his sister Belinda could help, claiming that she is a cheerful, extrovert girl, whose only fault is a tendency to lose focus. 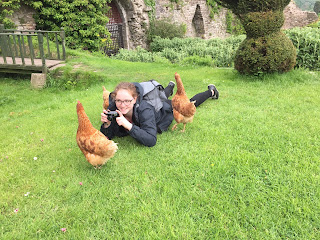 This is the resulting image where we think she took the necessity to maintain focus too literally whilst becaming distracted from her main purpose in its metaphorical meaning. The Professor will investigate this phenomenon also and we will try to obtain a photograph of a slug.  (Sometimes the effort of running a local newspaper is too onerous for me. Ed.).

We even suggested to Doc Barbara that she abandon her mission but she replied pacifically, " You can't teach your grandmother to let sleeping dogs lie" and reminded us of her poetic outburst about the sexuality of the slugs North of Wigan which we reprint elsewhere.

Posted by Barbara Daniels at 23:41