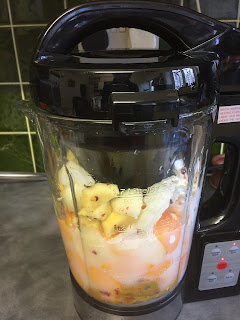 As readers of our newspaper The Monmouthshire Mouthpiece whose motto is: "All the news whether fit to print or not" - [There is not much of either round here: Ed.] are aware, Doc Barbara upholds old-fashioned values such as frugality, integrity and thick tights. At least she tries to uphold her tights but, as habits of frugality prevail, they are rather antiquated and loose and are now succumbing to the forces of gravity.
However, she has a penchant (she would not call it that, having a tendency to xenophobia) for gadgets and followers will recall her fabulous exploits with her Whatsit - or, more precisely, her Nositwhatnot. Last week she bought a soup maker, reading that you can throw wholesome vegetables and stock into this wondrous machine, press the button and go out to exploit. [I think this word has a different meaning as a verb: Ed.]
Bob Twaddle, our eternally cub reporter, [Grrrrr - Ed.] came round to photograph [His expensive course with his new camera has done him a fat lot of good: Ed.] and they were to meet Bob's sister, Belinda the trainee, at the bus stop once the machine was switched on.
Doc Barbara, methodical as always, had assembled all the ingredients, one of which was coconut milk. She was suspicious of this product because of an antipathy to tins and its high price but she ascribed the latter to the costs of paying the farmers for the difficult and lengthy process of milking their coconuts. In went all the healthy vegetables [Did she check they were all healthy? Ed] but here the couple caused a hitch in the proceedings. They became so spellbound and intrigued by the workings of the soup maker and lulled by the soothingly contented sounds it made as it did its fascinating and important tasks that they sat watching it and forgot their arrangement with Belinda.
Meanwhile, the poor girl had been growing increasingly anxious and had gone looking high and low for her friend and mentor - mostly high because of Doc Barbara's fateful love of climbing up unsuitable and unstable structures.
You can see from this image how optimistic she remains in the face of insuperable odds [Doc Barbara IS an insuperable odd - Ed.] 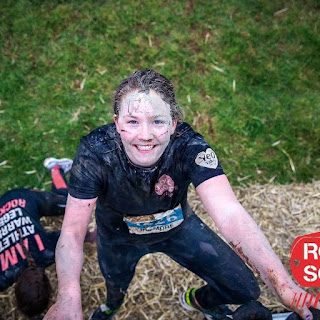 Finally she decided to go to Doc Barbara's humble abode to use her telephone to warn the police [Belinda constantly forgets to charge her mobile as her mind is on higher (!) things - Ed] . She was somewhat taken aback to find her brother and heroine fixated on the soup maker and discussing the various episodes in the drama of creating their pumpkin concoction, agreeing that the penultimate pulse had them on the edge of their seats. All were reunited in harmony as they consumed it, issuing unrestrained grunts of pleasure and satisfaction. [Yet again, complaints from the neighbours - Ed.] Doc Barbara will now be influenced solely by the colours of the ingredients (she believes that red and orange peppers followed by green would give a startling traffic light effect at one point if she watches carefully enough) and their capacity for producing captivating noises off. As she opined: "If you can't stand the heat, buy a pig in a poke". 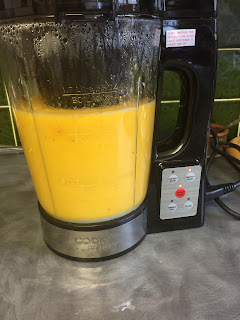 To read about Doc Barbara's Whatsit click here. Other adventures may be found by using the search button for worms or linguistic mission - not in the same blog post.
Posted by Barbara Daniels at 23:39 No comments: 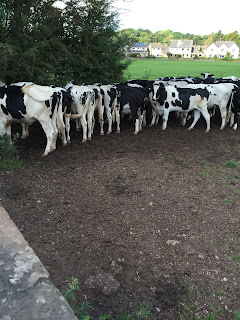 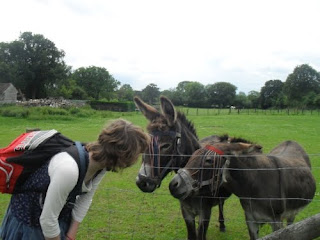 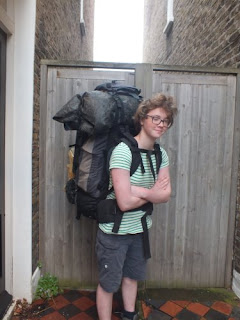 Posted by Barbara Daniels at 10:03 No comments: