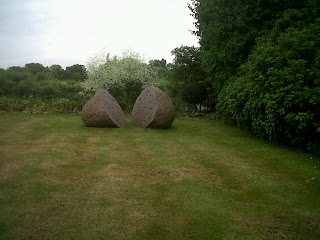 Here is an exclusive photograph of the patch ready for preparation for senior worms, the cadets having started out on easier terrain. With exemplary thoroughness, she intends to point every leaf downwards with the stalk in the soil to show the technique and she hopes that parent worms will pass on this knowledge to their offspring. She also wishes that all gardeners would copy her example and train the new generation. It will ultimately be for the benefit of all mankind.
Posted by Barbara Daniels at 02:11